An observation of relationships through a beer glass
When the credits roll, Joe Swanberg’s “Drinking Buddies” will at least leave you thirsty. Whether you’ll be drinking to toast or drinking to forget is another matter.

Regardless in which camp you fall, “Drinking Buddies” is best enjoyed with your favorite craft beer in hand (or several). The story follows Kate (Olivia Wilde) and Luke (Jake Johnson), who both work for a new Chicago craft brewery, and their complicated relationship with their significant others and each other.

There isn’t much to the story: if you’re a beer nerd from the Midwest like I am, you might have more fun playing “spot the beer” than keeping an eye on what will happen next. The dramatic tension in this comedy comes from a weekend that Kate and her boyfriend, Chris (Ron Livingston),spend in Michigan with Luke and his girlfriend, Jill (Anna Kendrick). The sexual tension between the male and female counterparts is quite palpable and it drives (slowly) the entire rest of the film.

Fans of conventional Hollywood storytelling will likely cite “Drinking Buddies” as why independent films are awful, whereas fans of independent films will commend everything Swanberg does in this movie. It’s a natural, true-to-life portrayal of relationships, where the characters live in a fishbowl and we observe them, counting the similarities to our own lives. There is practically no manufactured conflict, just people drinking, talking and trying to make sense of their lives.

Swanberg’s script sets up situations in which a major conflict between the characters could break out at any second, but the film relies chiefly on its on-screen talent in order to work. Wilde and Johnson have excellent chemistry, to the point where it’s almost painful that the story mostly deprives us of that romantic satisfaction. Wilde in particular hasn’t given us a performance this raw since she made it big in Hollywood, so to see her give us the full range of the fun-loving but deeply insecure Kate is perhaps the finest takeaway “Drinking Buddies” has to offer. Johnson, on the other hand, while an ideal fit in his role, is mostly operating in familiar territory for anyone who follows him on Fox’s comedy “New Girl.”

Kendrick and Livingston, though technically important to the story, feel secondary to what may or may not happen between Kate and Luke. The depth of character is just not there for Livingston’s Chris, or really for Kendrick’s Jill either, though Kendrick (as always) makes the most with what she’s given.

“Drinking Buddies” completely and honestly captures the indefinable nature of contemporary relationships, it just doesn’t say anything new about it. You don’t need to watch Swanberg’s film to see a prime example of the oft-blurred line between Platonic and non-Platonic in a relationship, even if this movie does it particularly well. Similarly, the role that craft beer and beer culture plays in the film feels minimal if not irrelevant. The one idea that can be gleaned is that alcohol accentuates the complication of feelings by releasing impulses that otherwise can be repressed, but that’s not exactly visible upon watching.

Expert talents and a filmmaker who truly understands relationship dynamics help elevate “Drinking Buddies” above the level of less astute indies that bank more on situational comedy and drama to bolster their themes. Yet the consequence is it hurts the entertainment value to a great degree. “Drinking Buddies” isn’t boring, but it’s underwhelming despite its strengths.

~Steven C Thanks for reading! Check out moviemusereviews.com for more

Shallow Characters with Shallow Dilemmas
From the threadbare ‘Hannah takes the Stairs’ to the layered, clever ‘Alexander the Last’, the quality of Joe Swanberg’s films has traditionally been erratic. ‘Drinking Buddies’ falls somewhere in the upper half of his range as it portrays how a couple of brewery co-workers deal with mutual sexual attraction while engaged in relationships with other partners. Kate and Luke use their love of beer as an excuse to hang out while concealing their amorous agenda and ambivalence in an alcoholic haze. The improvised dialog does deliver some amusing moments, but there are too many repetitive exchanges which dissipate the film’s energy.

The two lead actors create credible characters, but Swanberg doesn’t give them anywhere particularly interesting to go, and there doesn’t appear to be anything of great value at stake. Kate and Luke’s Romeo and Juliette saga turns into a circular song-and-dance routine, until their friendship becomes infected by frustration, leading to dishonesty and irritability. The concept is intriguing, but the film turns into an effective endorsement of sobriety. Swanberg has shown he can do better than this, and the end titles arrive just in time. 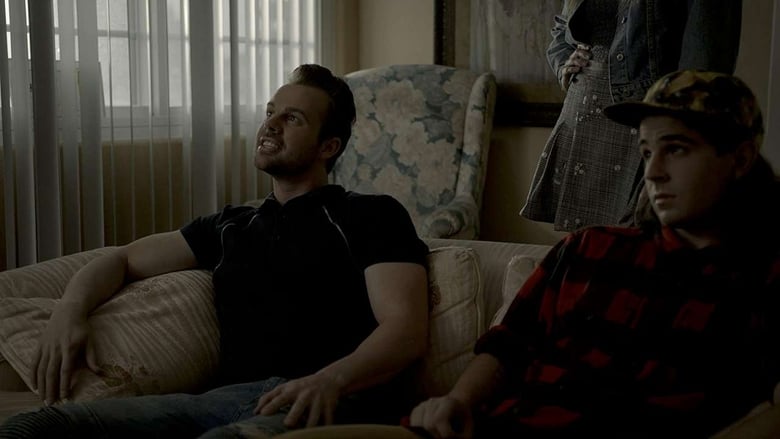