A farewell to Westeros with the people who built the realm115 Min.
Your rating: 0
5 1 vote
documentarytv-movie

Game of egos
I am not an hysterical fan, neither a millennial. This being said, I have seen a lot of extra material about movies or TV series in my life, but never something as bad as this one. It almost gives you the desire to stay away from the show. Between people moaning about how difficult it is to fulfil the job. Hey, you have the world’s best magical job! Then you have this incredibly non chemistry between Emilia Clarke (one of the few from the cast you can actually meet in this documentary) and her hairstylist. She seems to ignore most of what the actor is trying to tell. It really makes you wonder about the real wibe of this team who made this show… And those pathetic “grownup” fans don’t help to bring some intelligence to this documentary. A lot of aspects of the making is left out. You don’t see anything about the GCI process but there is plenty of personal drama from the people who work there. And the highly interesting street food truck is of course a big part of it. And thank you for the nice touch with the musical illustration with Barry Manilow… You managed to make this documentary about the biggest TV show on Earth absolutely not worth seeing.

85% was completely pointless.
I was so excited for this. I was hoping for some real insight into the show. But wow. . . So much was boring, pointless, humdrum stuff. I’m talking. . . just so unimportant. No one wanted to see or hear the stuff they talked about. Sure, some stuff was interesting behind-the-scenes tidbits, but they really should have given people what they wanted: some answers into why season 8 went the way it did. Nothing from the writers. Mostly makeup and snow-making crew. It just didn’t make sense why they would discuss the life of a makeup artist in such depth. I know they are vital to the show and I appreciate their hard work amazing talent, but that’s not what people want to hear about. Very, very disappointing.

Best part was the table reading, and it lasted mere minutes. 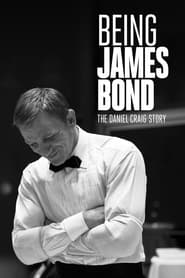