Why does everyone hate this film?
I, personally, cannot understand why so many people have left negative comments about this film. When it was released, many of us were young children and we all enjoyed it, but now that we are older, too many people are pointing out the bad jokes and mistakes and clichés that they have found. The point is, this is a children’s film, and we didn’t see those mistakes when we were children because it’s designed that way. Even so, people fail to see deeper into certain aspects of the film. Peter Pan was meant to be ‘the boy who never grew up’, so to have a tale of his adult life and to show how he forgot Neverland is a special and unique take on the story, one that won’t be forgotten.

There have also been many complaints about the scene where Tink becomes human-size and expresses some kind of love for Peter. Although she is not a human per se, she can have human feelings, so why would she not love him? As the original story tells, she is often jealous of other womens’ affections towards him, and this film just extrapolates on that theme a little.

There have been comments about the ‘father-who-is-so-busy-and-can’t-go-to-the-game’ cliché. Well, here’s news for you. It’s cliché because it happens all the time, and it’s a truth! Some parents are just too busy to care. Lastly, too many people are moaning that Hook was too comical to be the bad guy. Well, this is a kids film and if he wasn’t a little bit cheery-in-a-maniac sort of way, you’d have parents complaining that their kids were scared.

The main thing about this film is that it is really good, but it IS designed for children, and adults who go back and watch it years later, then suddenly spot loads of mistakes are just ruining it for themselves and others.

Overlong but hugely enjoyable fantasy adventure.
I was actually worried when I saw the casting for Hook, but I watched it anyway. It is enjoyable, but I’ve seen better. Robin Williams is very likable and surprisingly good, but I personally wouldn’t have picked him for Peter. Kevin Kline would have been a better choice. Julia Roberts is okay as Tinkerbell, but she has been better. Stealing the show, in a wonderfully pantomime performance as Captain Hook, is an unrecognisable Dustin Hoffmann, believe it or not. His performance was that good, that I was appalled that it wasn’t nominated. He’s not the first actor to be seriously robbed of an award.Morgan Freeman in Shawshank Redemption? Tim Curry in Legend and It? John Hurt in The Elephant Man? Bob Hoskins was amiable, and the music by John Williams was very good, but not his best score. The plot is simple but well-told, if marred by overlong and unnecessary sequences with the Lost Boys that were sadly poorly handled. The film’s main merit, aside from Hoffmann’s performance is the art direction, beautiful sets and lovely costumes, particularly the brief underwater scene with the mermaids. The part with Maggie singing on the boat deck was heart-rending, and the scene where Peter suddenly remembers everything was touching. Above all, every scene with Hook and Smee was extremely entertaining. Don’t get me wrong, I enjoyed it very much, but the film lacked magic. All in all, a slightly disappointing but fun and under-appreciated film, that is a 7/10 from me. Bethany Cox 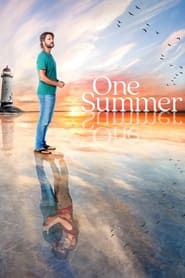