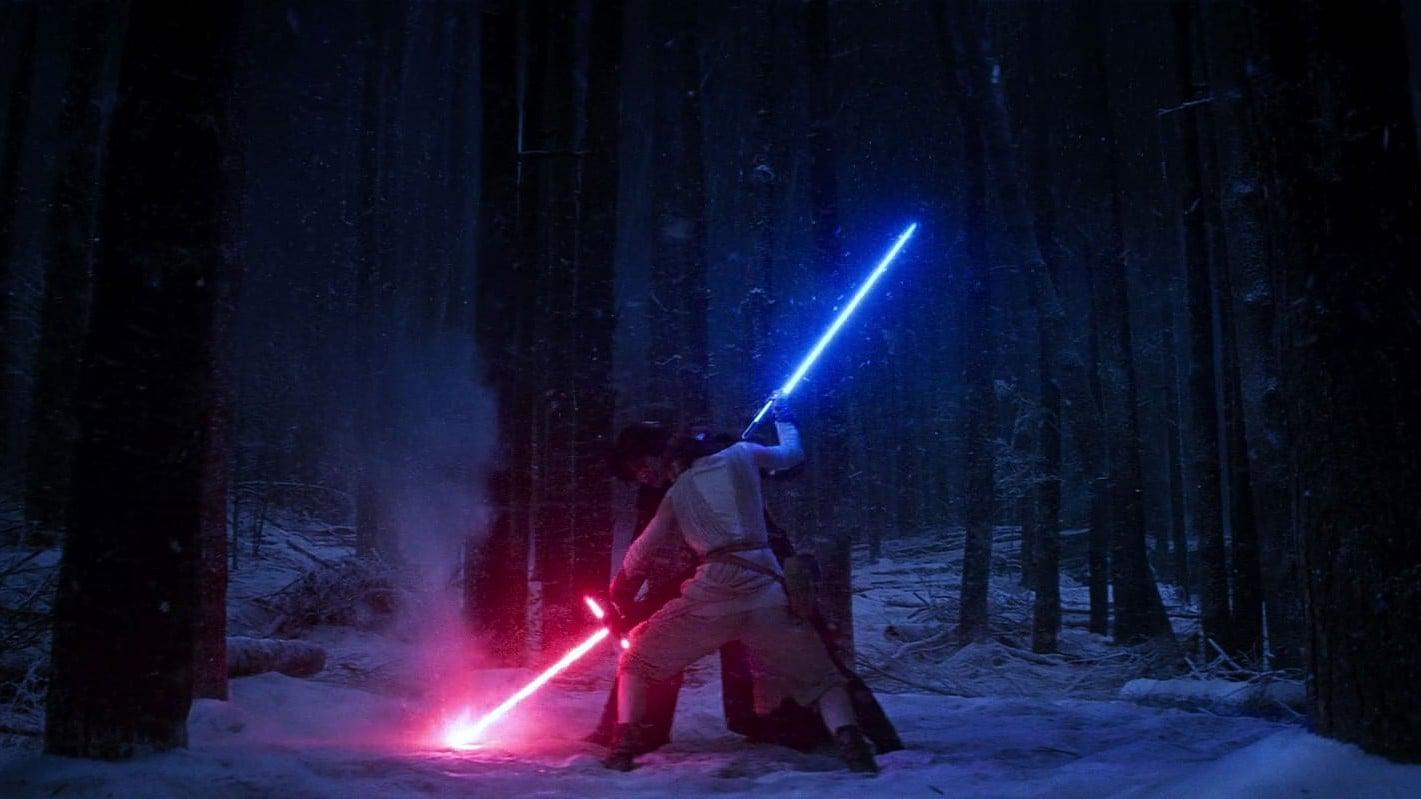 Every generation has a story.136 Min.
Your rating: 0
5 1 vote
actionadventurefantasyscience-fiction

#123movies #fmovies #putlocker #gomovies #solarmovie #soap2day Watch Full Movie Online Free – 30 years after the defeat of Darth Vader and the Empire, Rey, a scavenger from the planet Jakku, finds a BB-8 droid that knows the whereabouts of the long lost Luke Skywalker. Rey, as well as a rogue stormtrooper and two smugglers, are thrown into the middle of a battle between the Resistance and the daunting legions of the First Order.
Plot: Thirty years after defeating the Galactic Empire, Han Solo and his allies face a new threat from the evil Kylo Ren and his army of Stormtroopers.
Smart Tags: #reboot #sanitation_employee #remake #crash_landing #wisecrack_humor #sewer_cleaner #sewage_cleaner #sabotage #cloning #hatred #actor_reprises_previous_role #character_says_i_have_a_bad_feeling_about_this #one_liner #death #torture #destruction #angry_man #betrayal #murder #turncoat #magical_power

The highly-anticipated follow-up to the Original Trilogy treads through familiar waters, taking the “safe route” approach. Though The Force Awakens has its fair share of phenomenal moments and is definitely an improvement over the Prequel Trilogy, its reliance on using the Original Trilogy (mainly A New Hope) as a template feels nothing more than an imitation of events that occurred prior.

At the end of Return of the Jedi, the Empire suffered a great loss, with the destruction of the Second Death Star and deaths of The Emperor and Darth Vader. It was implied that Luke, the last surviving Jedi, would restart a New Jedi Order (based on Expanded Universe media, which has been declared non-canon by Disney). That is indeed what happens; however, a rogue student of Luke’s slaughtered his peers, seduced by the mysterious Supreme Leader Snoke of the First Order and adopts a new identity as Kylo Ren. In summary, the Jedi Order did indeed happen (off-screen), but gets wiped out (off-screen, again), leaving Luke the last surviving Jedi and retreats into exile (off-screen… seeing a pattern?). The Empire is basically resurrected as the First Order, with the Rebel Alliance becoming the Resistance, and once again, they’re tasked with destroying a gigantic ball of death. Sounds an awful lot like A New Hope, as a modern-day “soft reboot.”

Rey is indeed a Force-sensitive individual, but throughout the movie, she is just as good a pilot as Han Solo, is able to use a Jedi mind trick with ease, and easily overcomes the villain (Though it could be argued that due to Kylo Ren’s injury from Chewbacca, he was weakened). There better be a damn good explanation as to why Rey is so strong with the Force when The Last Jedi is released. Anakin and Luke required training to become a Jedi, Rey is basically a pro with little to absolutely no training.

Finn… Though I did enjoy the idea of a Stormtrooper defecting from the First Order and eventually helping out the heroes, Finn got annoying quick. From cringe-worthy lines to his constant “Gotta get away from the First Order” state of mind, he should have been a more battle-hardened individual who eventually became disillusioned with the First Order. His more cowardly approach to defecting wasn’t very well-executed. But I gotta admit that the relationship between him and Poe Dameron was well-done. Didn’t feel forced, just felt natural. Him standing up to Kylo Ren in a duel made me respect his character a lot more. His battle with the other Stormtrooper was just amazing. I’m honestly hoping his character develops more in The Last Jedi.

I liked Poe Dameron from the get-go. From being a smart-ass to Kylo Ren to taking out multiple TIE Fighters, Poe is definitely a welcome new character to the Star Wars universe. Especially BB-8, just an absolute ball of cuteness. BB-8 was one of the two new characters that really stood out to me. Funny how Star Wars manages to make you like the droids so much.

Han Solo and Chewbacca play a substantial role in this film. Han Solo’s death was beyond tragic, just seeing an iconic character we saw develop from a selfish, Force-denying individual to taking charge in dire times (putting his life on the line). Once Han Solo yelled out his son’s name, I knew his time was up. Leia, now a General, doesn’t really get much time to shine. She and Han have been broken up for some time now (I’m guessing since Ben Solo became Kylo Ren), but their bantering still remains. C-3PO (now with a red arm) and R2D2 (in low power mode due to Luke’s departure) are basically given minimal roles in favor of BB-8. Luke Skywalker made an appearance in the very final moments of the movie, but does not utter a word. Just seeing his expression when Rey hands him his father’s lightsaber was more than enough.

A quick summary of other characters: Captain Phasma, a more useless female version of Boba Fett. Maz Kanata, a color and gender-swapped Yoda who somehow manages to obtain Anakin’s/Luke’s lightsaber. Supreme Leader Snoke, a mysterious figure leading the new Empire (sorry, First Order) and first appears as a hologram (like the Emperor). General Hux, deliverer of a Hitler-like speech to his space Nazis.

Kylo Ren. In my opinion, Kylo Ren is the best part of the entire movie. Sure he worships his deceased grandfather Anakin Skywalker/Darth Vader and flips out into extreme tantrums, he is more than just an ordinary one-dimensional villain. He worships Darth Vader because he wants to carry on his legacy of killing the Jedi and achieve his intimidating status of being a ruthless individual. He is torn by both sides of the Force. He is indeed strong with the Force, stopping blaster shots in mid-air, freezing people in-place, and can probe the minds of others as a method of torture. His unstable crossguard lightsaber is appropriate for his uncontrollable anger and conflicted state of mind. Once he killed Han Solo, there is no hope for him returning back to the Light. He became a full-on evil person. I’m ready to see the damage he will do in The Last Jedi.

The action/set pieces were very well-done and that opening sequence with the raid on the Jakku village is one of the best and most chilling moments in all of Star Wars. The Battle of Takodana and the resulting battle was phenomenal and seeing Poe take out multiple TIE Fighters make him an exceptionally skilled pilot, even moreso than Luke. The final battle between Rey/Finn and Kylo Ren didn’t feel choreographed at all, just felt like a battle between novices, unlike the highly-choreographed kicks and flips and lightsaber-twirling present in the Prequel Trilogy. Rey and Finn leaving Jakku in the “garbage” ship and the whole sequence through the Star Destroyer graveyard was beyond phenomenal.

Though The Force Awakens does indeed take steps forward to move the franchise forward into a new direction, it takes several steps back into familiar territory. And yes, it feels as if I have been ripping on this movie, but in my honest opinion, The Force Awakens is a solid entry to the Star Wars franchise. The action set-pieces were so well-done, the nostalgic factor of the Original Trilogy is prevalent, Kylo Ren proved to be a well-developed villain with room for improvement, and the relationships between the characters feels so organic and fluid-like, as if they’re all cohesive with one-another.

An enjoyable beginning to the sequel trilogy!

‘Star Wars: The Force Awakens’ entertained me. It felt like a fresh direction for the overall franchise, which I guess is little surprise given George Lucas was not a major part of this. I actually didn’t notice a great deal of difference, or at least as much as I thought there’d be given his exclusion.

I enjoyed seeing the new cast merge with the old trio, even if there are only small appearances from two of the latter. Daisy Ridley and John Boyega are excellent additions, both give top performances – I will say I didn’t sense major chemistry between the two, but I assume that’ll come soon enough. Adam Driver, meanwhile, suits his role nicely.

Original trio Harrison Ford, Carrie Fisher and Mark Hamill all feature, though – as alluded to – Ford is the only one that has a major part to play. Either way, it’s cool seeing them back in the franchise.

Everything else about the film satisfied me, I’m not saying it’s perfect – esp. the plot – but I found it perfectly fun to watch. For me, it’s a strong start for this era of ‘Star Wars’.

Almost scene for scene from A New Hope.

Thanks for the childhood memories but lazy. So so lazy.

Where to begin?!
Unlike many moviegoers, I couldn’t care less about the STAR WARS franchise these days. Sure, I grew up with the original trilogy, which I still know and love, but George Lucas single-handedly destroyed the goodwill surrounding those movies with his mishandling of the prequels. The good news is that THE FORCE AWAKENS – a genuine sequel to RETURN OF THE JEDI – is better than the prequels, but only just. Because this is a deeply flawed movie that gets ten things wrong for everything it gets right. While it’s a delight to see Harrison Ford effortlessly breezing back into one of his most iconic roles, the rest of the production is a mixed bag of good and bad, of the woeful and the wonderful.

Inevitably, the special effects are one of the strongest things here. The copious use of the CGI looks better than ever, and the alien planets involved in the story are all well realised. You can’t fault the large-scale action sequences, which look great in high definition, and as a whole the film is a visual treat. A shame, then, that the story is so weak and a virtual retread of the first STAR WARS film, A NEW HOPE, made all those years ago. The new villains are laughable and Adam Driver’s attempts at an iconic baddie along the lines of Darth Vader are quite pitiful. The starkiller stuff is as predictable as it gets, and you wonder why they couldn’t go in a fresh and new direction instead of simply regurgitating what has come previously.

The new characters don’t fare very well either. John Boyega, who was so good in ATTACK THE BLOCK, struggles with a put-on American accent that rings hollow. Daisy Ridley is even worse: this newcomer seems to have overdosed on Keira Knightley performances, copying Knightley’s style of acting throughout and feeling completely artificial as a result. All of her lines sound cheesy and wooden, and frankly I felt embarrassed watching her attempting to act alongside the more seasoned actors. It says something that the droid, BB-8, was my favourite of the new characters, given that his high ‘cuteness’ factor is a shamelessly manipulative attempt to endear him to audiences. Add in a non-ending of a film that merely opens the door for the next inevitable instalment, and you have an oddly hollow film that looks nice but falls apart as soon as you start picking at it. 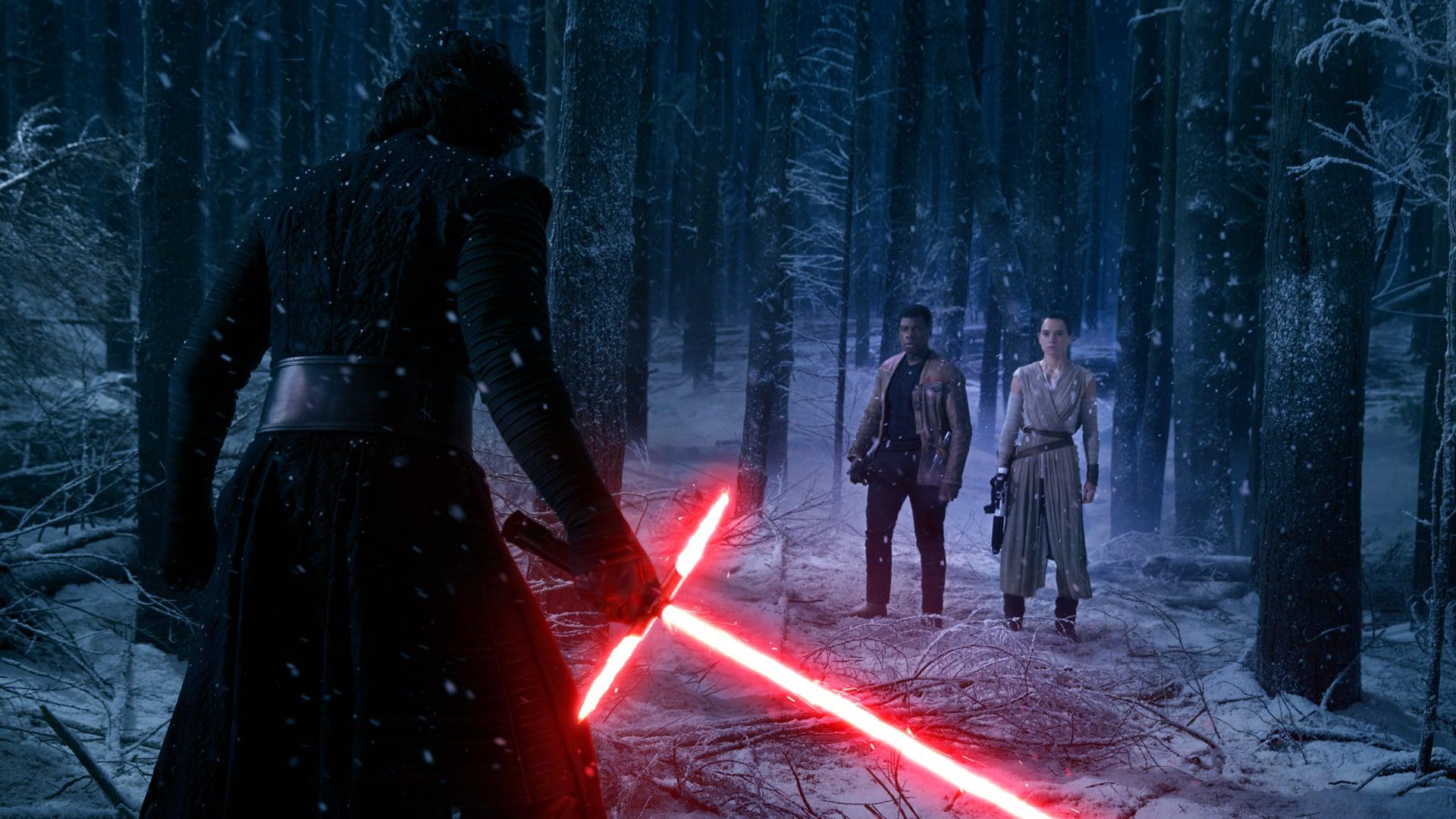