“The Amazing Spider-Man” has no reason to exist. Spider-man is a hero everyone knows. He´s been around for so long everyone is familiar with his origin, comic fan or not. Its basic pop culture. Then you have the Sam Raimi´s movies. Everyone saw them. They made loads of money and they´re always on tv. They are entertaining movies. “Spider-Man” gave us a good origin story in 2002. This movie simply wasn’t needed.
Now I gave it the benefit of the doubt. There´s Burton´s Batman and Nolan´s. Maybe this was a different Spider-Man. A more “dark” vision perhaps! Maybe the movie spent a few minutes on the origin and then wisely moved on with its story. Maybe… well maybe it wasn’t just another rehash. A shameless attempt to remake, or how they say it these days, reboot the same idea with minimal changes except the cast. I was naive.
The whole movie is about Spider-Man´s origin. They traded Mary Jane for another love interest and held off on “The Green Goblin” because that would be too much “rubbing it in the face” for the fans, I guess. We get Gwen Stacy and “The Lizard”. The rest is same old, same old. The same uncle Ben plot, the same scenes about making the suit, learning how to control powers, the search for the criminal Spider-man lets get away with horrific results. Same thing. Except everything is done without a spark of energy or creativity. Raimi´s movies were energetic, flowing with excitement. They were “new”. Seeing Spider-Man on the big screen, webbing all over the city, fighting “The Green Goblin”, it was amazing. We didn’t have “The Avengers” back there, or “Iron Man”. This was like a dream come true for comic fans.
“The Amazing Spider-Man” smells of old cheese.
I tried to take the movie for what it was but it was impossible. My mind would not let me. I knew what was going to happen next. I knew all the plots! I´d seen it all before!
But even ignoring that the movie just does not work. Its slow, turgid with an unlikable Peter Parker and a CGI lizard for a villain. Parker is a whiny, self centered idiot. His relationship with aunt May and uncle Ben is never fully explored and what little there is consists of Parker being a rude jerk for no reason at all.
The movie has one thing going for it. The cast. Sally Field and Martin Sheen are great with what little material they have. Emma Stone is sexy and sweet which is “her thing” and again she pulls it off brilliantly. Rhys Ifans is decent as Curt Connors and surprisingly enough I loved Andrew Garfield as Spidey. Yes, seriously! He looks perfect for the part and he did his best with the horrible script. He´s charismatic and brought his own touch to the role instead of copying Toby Maguire. If the movie is even slightly original its because of him.
Some of the action in the last third of the movie is also spectacular. Spider-man´s movements when fighting are really well done as is the web-slinging. The action is well directed and exciting and the movie sets up a sequel rather nicely.
But its asking a lot to go over the material everyone knows for two hours for a few minutes of cool action. The movie plays it so safe it hurts. Its competent but never brilliant. Tedious but far too long with little spots of action but few and far between.
I hope in the sequel this “Spider-Man” can find its own style and its own place. Given space to grow and evolve, on the strength of the character and Garfield´s acting this could be the weak start to a new amazing super-hero trilogy.
Then again, maybe i´m just naive.

This is the fourth spider man movie although it is not the fourth sequel but rather one of these reboots which seems to be so popular today. I found the movie to be quite enjoyable but at the same time a bit of a let-down.

In some ways it is better than the previous trilogy by Sam Raimi (well it is not very hard to make something that is better than the 2nd installment in that trilogy of course). The film is darker, more serious and Spider Man is not so silly and a total mess-up when out of his costume as the character portrayed by Toby Maquire.

However, this movie has its own faults which makes me have to think hard whether it is really that much of an improvement over the previous movie and this is what makes me feel a bit let-down since I had hope that this reboot would be that “real” Spider Man movie that enabled me to forget about the previous ones.

A lot of not so interesting scenes are really dragged out and the important stuff is rushed. Peter Parker’s transition to Spider Man after his bitten is over and done with quite quickly. In another scene he spends 5 minutes trying to talk some kid out of a car. He even takes off his mask and gives it to him (what the f…) and in the end just zips him out with a net shot. He could have done that right away and spared us the boring time.

Generally I think this movie is indeed a better Spider Man movie than the previous ones though and I quite enjoyed the movie evening yesterday, just not as much as I hoped.

After going against the odds, i came out from the movie very pleased. In fact, i enjoyed the move thoroughly and felt very entertained. And i finally understood the word ‘amazing’ in the title- because it is really, pretty amazing!

It is not one of those movies with excessive ZOMG factor, for sure. The movie is amazingly captured with great use of CGI. The first half of the movie explores the dark side of Peter Parker’s family history in a fairly comical manner. I got to know about Peter’s father, which was not much explained in the previous trilogy and i don’t exactly read the comics.Then there is his high school stories of his love. The next half of the movie was gripping and fast-paced, with well angled shots to make you feel like swinging from building to building and climbing up towers- i watched it in 2D and i could still feel the height! This part of the movie focuses on the transformation of Dr Connors as the Lizard, the villain of this movie, who happens to be Peter’s father’s working partner. His wish to regenerate his arm goes awry, leading him to produce a biological threat that forces Spiderman to a race to save the people in the city.

As i said, i was entertained. The movie was light hearted, like watching The Captain America, with brilliant cast. Andrew G performs magnificently as Peter Parker, to a certain extent, i felt him outshine Tobey M. He fits the character well. I enjoyed the scene where he first discovers of his special ability, particularly with the flipping of his skateboard. Much credits to Emma Stone, Sally Field, Martin Sheen and Rhys I, and director Marc Webb for taking the risk of rebooting this franchise. Watch out for Stan Lee in a show-stopper scene. Flash, played by Chris, gives me the feeling of a sequel where he will be featured in a bigger role- like Jacob in Twilight.

Give this Spiderman a try. For a two-hour movie, this movie does not fall short and does not feel long. And a sequel is pretty likely- stay for the post-credit (duh! almost all Marvel movies has this).

I have to say this one more time: The Amazing Spiderman is amazing.

Amazing!!!
This was the first “super hero” movie I have ever seen in theaters, and let me tell you – Spider Man is my new favorite super hero! The plot was amazing (no worries, no spoilers! If you want to know the story, watch it!) The acting was phenomenal – my friends and I significantly underestimated Andrew Garfield’s performance before seeing the movie. I want to see it again and again and again – he is amazing as Peter Parker!!! Emma Stone is amazing as Gwen, and the other actors and actresses will blow you away!! (Martin Sheen was the one that surprised me the most!!!). Love this movie…if I could, I’d give it an 11…a must see! 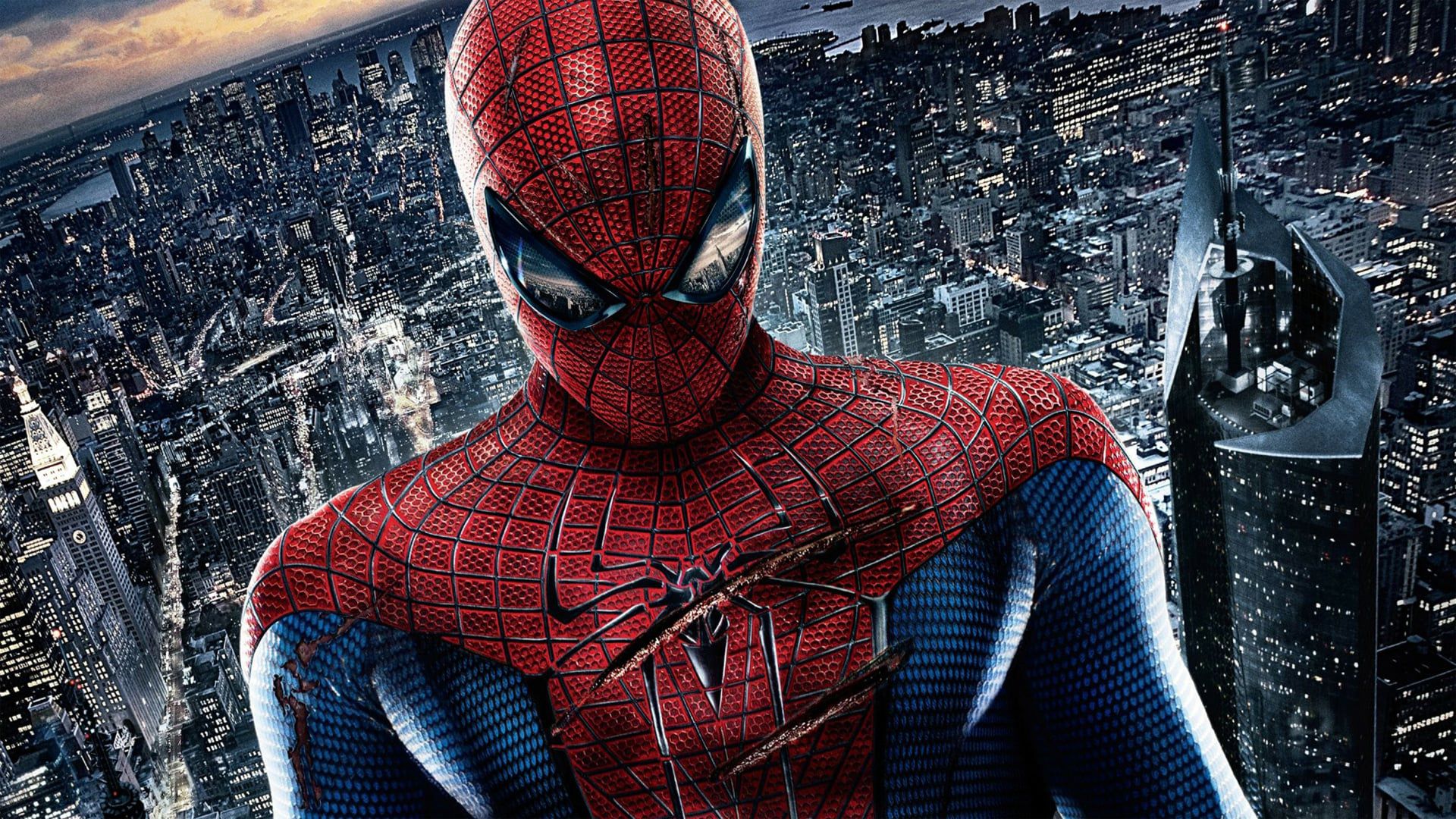