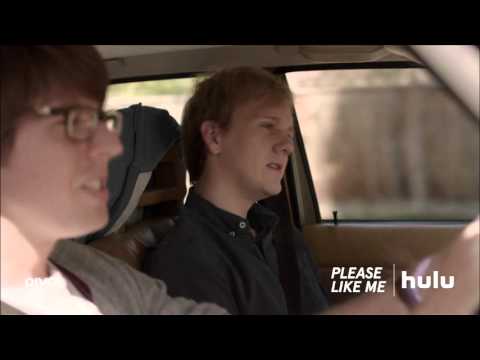 Seriously funny
In one word, this show is fun.

From the teaser, to the entertaining title credits where Josh dances a funny little jig while he cooks up the name of the episode (Spanish Eggs for example), to the final scene, this show is all about the humor to be found in our own quirks and our quirky relationships with others…Josh and his first boyfriend Geoffrey, his dad and his Thai girlfriend Mae, his mom and his aunt, Josh and his aunt, Josh and Claire, Ted and Nev, etc.

The other thing that makes this a joy to watch is that the cast clearly enjoys what they’re doing…it shines through their portrayals. There are also a few scenes where I swear they improvised, and improvised really well. Think ‘Arrested Development meets generation Y’.

Annoying, but Superb
So many successful sitcoms depend on likable buffoons as major characters that one’s first impression of “Josh” is that he is just another self-deprecating target for stale jokes about his shortcomings. In this case, the eponymous actor/creator moves well beyond the predictable into a realm of hyper-originality rarely seen in a TV series. Nothing here is predictable. Each scene, each comedic line, each nuance bordering on serious personality issues comes across as going against the grain of laugh track one-liners.

I viewed the first two seasons in quick sequence to determine some thread justifying the title “Please Like Me.” There is so much more than that at work here I came to the conclusion that “Josh” intends his imperative to apply to the entire narrative rather than just himself. None of the main characters is one-dimensional. Each one stands alone in all sorts of revealing personal aspects. Attraction of one to another is quickly reversed or brought down to earth before sentimental attachments rear up to spoil the moment.

Of course “Josh” is unerringly annoying. Surrounded by bipolar types and deliberately handsome but flawed lovers he has little choice.

This is a fascinating series, which I hope to be able to follow as it progresses.